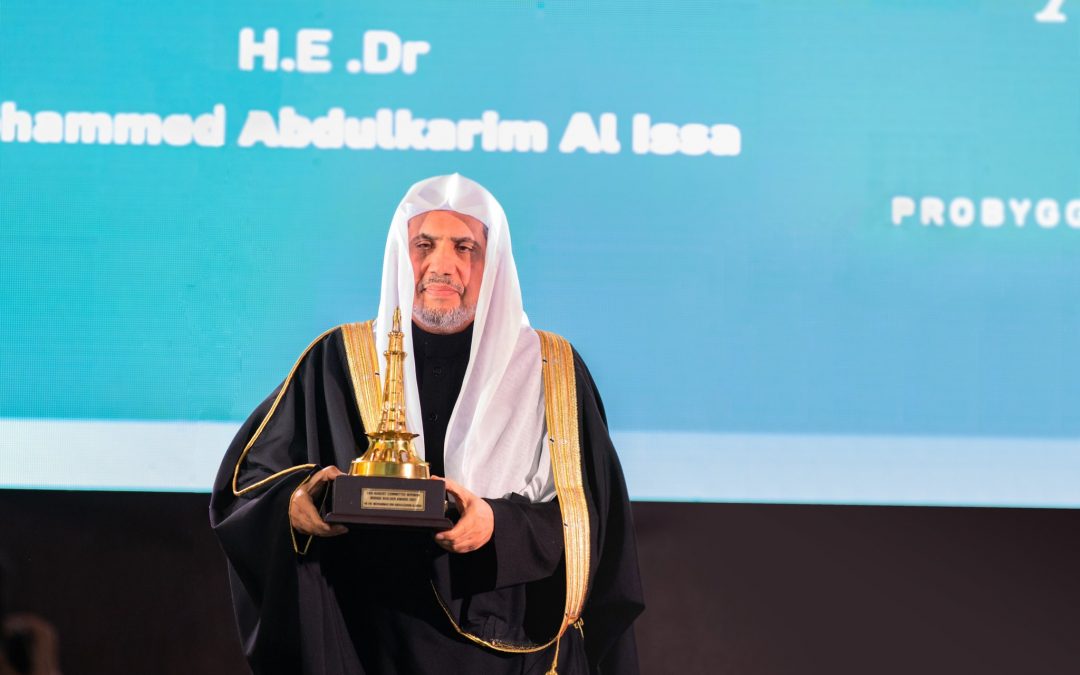 Bridge Builder Award – is awarded to persons and institutions who have contributed to building bridges across individuals, nations and societies, both in Norway and internationally. This year, the prize is shared alone with HE Sheikh Dr Muhammad bin Abdul Karim Al-Issa, HE Rev. Prof. Dr Ioan Sauca and HE Michael Melchior, Chief Rabbi and leader of The Religious Peace Initiative in Israel.

The prize-giving ceremony was hosted in Opera Hall, Oslo, Norway.

The award committee described His Excellency as: “a world leader in moderation and the fight against extremist ideologies, as well as a clear and distinguished voice for peace and cooperation between nations and religions.”

The celebration witnessed the participation of officials of a number of international organizations, led by the winner of the Bridge Building Award for the past year, Dr Tedros Ghebreyesus, Director-General of the World Health Organization, as well as the President of the International Federation of Red Cross and Red Crescent Societies, Mr Jagan Chapagan.

The award has previously been won by former US President Obama, the King of Norway, the head of the Nobel Peace Prize Committee, the current head of the World Health Organization, and others.