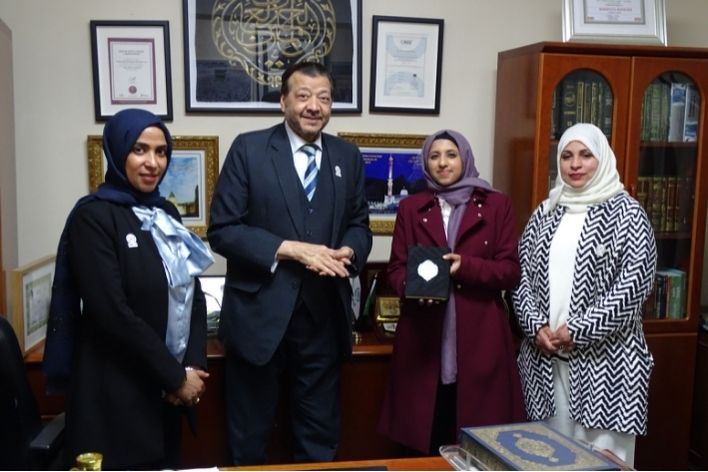 Ms Zara Muhammad – Secretary-General of the Muslim Council of Britain (MCB) visited the Muslim World League London Office, where she met the Regional director of the office, Dr Ahmed Makhdoom and his team. In the meeting, Dr Makhdoom showed the office’s various activities for Muslim and non-Muslim communities and the daily services that the office provides to all members of society, including the permanent mosque services. Ms Zara Muhammad stressed the importance of strengthening the ties between Muslim community organizations and opening new horizons of cooperation to serve and achieve common goals. She thanked Dr Ahmed Makhdoom and his team for the productive discussion and for the kind and benevolence services that the MWLLO provides to all Muslim communities.