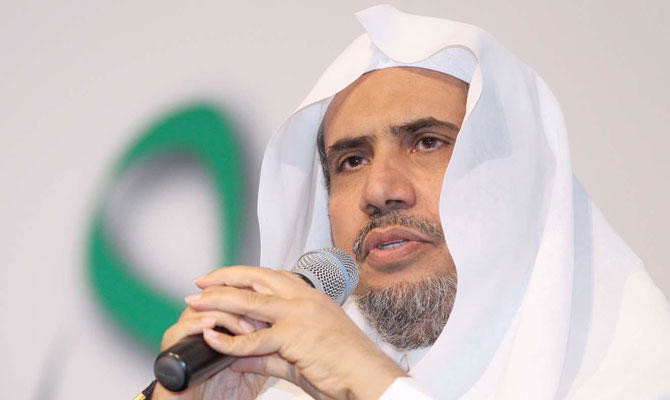 UNICEF welcomes the contribution of the Muslim World League providing US$1 million over the course of three years aiming to support the needs the vulnerable children in a number of countries in the Middle East, North Africa and Central Africa.

“The contribution of Muslim World League will support UNICEF’s continuous and ongoing efforts to reach the most vulnerable children with services and humanitarian supplies in the sectors of education, health, social protection, water and sanitation hygiene ‘WASH’“. Said Eltayeb Adam, UNICEF Representative for Gulf Area office.

“Muslim World League through its Under secretariat for Executive Affairs cherishes the relationship with the United Nations Children’s Fund UNICEF, which has yielded various programs for children in many developing nations around the world” said His Excellency Mr. Abdulrahman Bin Mohammed Al Mattar-Under Secretary General for Executive Affairs for the Muslim World League.

UNICEF’s ongoing programmes in these countries aim to reach children with routine immunizations, malnutrition treatment including provision of therapeutic food and milk. Additionally, UNICEF’s programmes in schools include the construction of water and sanitation facilities, schools and classrooms rehabilitation and the provision of psychosocial support and risk education training for children and youth.

The partnership will also reach out to more than 90,000 refugees children and their families living in South Darfour, Sudan, who bore the brunt of displacement and refuge due to conflicts, floods and draughts, and also suffered from lack of access to social services. Through this partnership, UNICEF will be able to provide these children and their families with improved access to quality basic social services, access to health and nutrition services and access to access to education in camps and host communities.

Muslim World League is an international non-profit, non-governmental organisation with headquarters in the holy city of Makkah. It aims to present the true Islam tolerant principles, provide humanitarian aid, extend bridges of dialogue and cooperation with all, engage in positive openness to all cultures and civilization, follow the path of centrism and moderation to realize the message of Islam and ward off movement calling for extremism, violence and exclusion for a world full of peace, justice and coexistence.